States with the Best Tax Rates for Retirees 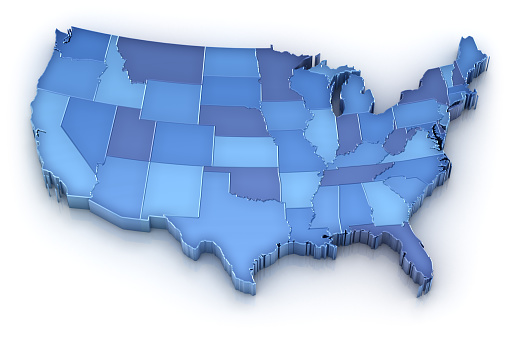 For the moment, fewer Americans are concerned about the federal estate tax. However, if your goal is to leave as much as possible to heirs, then it’s wise to consider all the taxes of the state you choose for retirement. That’s all detailed in the article “33 States with No Estate Taxes or Inheritance Taxes” from Kiplinger.

Twelve states and the District of Columbia have their own estate taxes, which some call “death taxes.” Their exemption levels are far lower than the federal government’s. There are also six states with inheritance taxes, where heirs pay taxes based on their relationship to the deceased. Maryland has both: an estate tax and an inheritance tax.

The most tax friendly states of all are Nevada, Arizona, Wyoming, Colorado, Arkansas, Tennessee, South Carolina and Delaware. In Colorado, taxpayers 55 and older get a retirement income exclusion from state taxes that gets better when they reach 65. Colorado also has one of the lowest median tax rates and seniors may qualify for an exemption of up to 50% of the first $200,00 of property value. Colorado also has a flat income tax rate of 4.55%, and up to $24,000 of Social Security benefits, along with other retirement income, can be excluded for income tax purposes.

Next in line for retiree tax friendliness are Montana, Idaho, California, Kentucky, Virginia, Louisiana, Mississippi, Alabama, Georgia and Florida. Let’s look at the Sunshine State, which has no state income tax and also a low sales tax rate. Property taxes are low in Florida, and residents 65 and older who meet certain income, property-value and length-of-ownership standards also receive a homestead exemption of up to $50,000 from some city and county governments and meet other requirements. Social Security benefits are not taxed in Florida and the state has no income tax, making it extremely attractive to retirees.

Coming in third place with a mixed tax picture are Washington, Oregon, North Dakota, South Dakota, Utah, Oklahoma, Missouri, West Virginia, North Carolina, Maryland and the District of Columbia.  Many people are moving to North Carolina, where Social Security benefits are not taxed, but tax breaks for other kinds of retirement income are far and few between. Property taxes are low and there are no estate or inheritance taxes. State income is taxed at a flat 5.25% percent, making North Carolina competitive, when compared to high state income taxes. Then there’s Oklahoma, which doesn’t tax Social Security benefits and allows residents to exclude up to $10,000 per person ($20,000 for couples) in retirement income. However, the Sooner State has one of the highest combined state and local sales tax rates in the nation. Property taxes also fall right in the middle, when the median property taxes for all 50 states are compared.

Looking for a state to avoid when it comes to taxes? The fourth place in taxes goes to New Mexico, Minnesota, Michigan, Indiana, Ohio, Pennsylvania, Maine, New Hampshire and Massachusetts. Indiana may not tax Social Security benefits, but it taxes IRAs, 401(k) plans and private pension income. And counties are authorized to levy their own income taxes on top of the state’s flat tax. Sales and property taxes are in the middle of the road. Illinois also spares retirees from taxes on Social Security and income from most retirement plans, but property taxes in are the second highest in the nation. Sales tax rates are high in Illinois. The state also levies an estate tax on heirs. Pennsylvania has an inheritance tax and high property taxes (the 12th highest in the country). However, it has a flat income tax rate of 3.07%, although school districts and municipalities may levy their own taxes.

Lowest on the list for retirees seeking to minimize tax expenses are New York State, Vermont, New Jersey, Connecticut, Wisconsin, Illinois, Iowa, Nebraska, Kansas and Texas. Everyone knows about taxes in New York, New Jersey, and Connecticut, but Texas? How does a state with no income tax at all end up on the “least tax friendly for retirees” list? Texas has the seventh-highest median property tax rate in the country. There are some exemptions for retirees, but not enough to make the state tax friendly. Sales taxes are high, with the average combined state and local taxes in the state hitting 8.19%.

Taxes are not the only factor in deciding where to retire. Where you ultimately retire also considers where your loved ones live, what level of healthcare you need now and may need in the future and whether you want to move or remain in your community.